Coronado is one of Southern California’s finest neighborhoods, sitting in the sparkling San Diego Bay between Point Loma and Downtown San Diego. The “island” of Coronado can be reached by ferry, by driving north along the Silver Strand tombolo out of Imperial Beach, or by taking a short trip across the picturesque San Diego-Coronado Bridge.

Coronado began as a resort community due to its gorgeous beaches and ideal location. Before being incorporated as a city, the Hotel Del Coronado was constructed on the southwest coast of the island. The city began to take shape around this luxurious hotel with the economy based around the high density of tourists that immediately were attracted to the area. Today the city remains a vacation hot spot with three major resorts. It is also home to a naval base and air station as well as some unbelievable landmarks.

Things to do in Coronado

Hotel Del Coronado: One of the most well-known landmarks in San Diego, the Hotel Del Coronado is a must see spot for locals and tourists alike. The luxurious resort was built in 1888 and offers guests an unbelievable stay at the original hotel, beachside villas, or recently updated towers. While visiting the resort you also have year-round access to one of the most pristine beaches in San Diego.

Silver Strand State Beach: Located further south towards Imperial Beach, the Silver Strand State Beach is a secluded spot to enjoy all that San Diego beaches have to offer without having to deal with large crowds. The beach sits just north of the San Diego Bay National Wildlife Refuge, and offers fishing, swimming, picnicking, camping, and access to the beautiful Coronado Cays Park.

Glorietta Bay Park: Enjoy unbeatable views of Downtown San Diego from this beautiful bayside park. The area features a playground for kids to enjoy, a large grassy area with plenty of picnic space, and a boat ramp for easy access to the warm waters of the Glorietta Bay.

Coronado Real Estate Market:The median home value in Coronado is $1,627,400 (as of July 2016), which is more than twice the national average. This price is due to extremely low inventory and consistently high demand. Furthermore, the median price is the second highest in San Diego County, only slightly behind La Jolla. Home prices in the city have risen 9.2% since last year and are set to rise even higher before 2017. 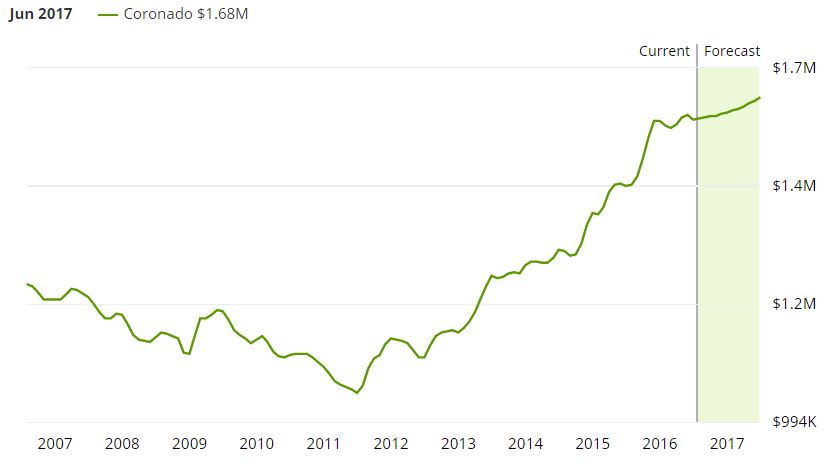 Population: Roughly 23,511 as of the last available census 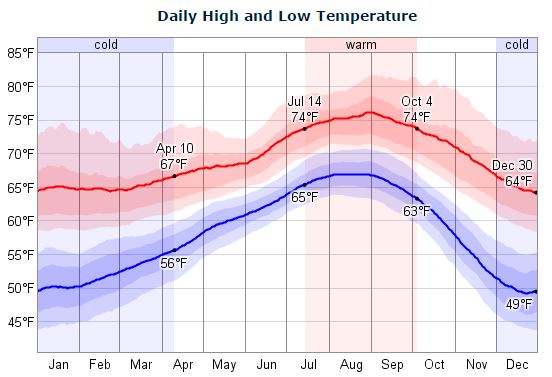 Crime: The overall crime rate in the city is 62% lower than the national average. Additionally, the number of crimes in the San Diego area decreased by 15% from the previous year.

Median Family Income: The median family income in the city is $119,205 which is more than double the national average.