Located in the Southwest corner of Downtown San Diego and bordered by the San Diego bay to the West, Little Italy is home to some of the finest Italian restaurants, shops, and nightlife in the city. The quaint neighborhood began as a leader in the fishing and canning industry, and has since blossomed into one of the finest communities in the downtown area. Home to farmers’ markets, festivals, and young, energetic citizens, Little Italy is a great place for any recent college graduates and young professionals looking to escape the hectic lifestyle of the Gaslamp Quarter while still remaining in the always exciting Downtown San Diego!

Things to do in Little Italy

Saturday Farmer’s Market: Every Saturday from 8:00 AM to 2:00 PM, come out to W. Cedar Street to take a stroll through over 200 tents at the Little Italy Mercado Farmers’ Market. Fresh fruits, vegetables, eggs, meat, and fish are just a few of the delicious items available from local merchants.

Waterfront Park: Waterfront Park surrounds the San Diego Civic Building and is one of the premier spots in the downtown area to relax with a beautiful San Diego Bay view. There are fountains for the kids to play in and large grassy areas for pets to roam free. The park is home to a number of events throughout the year including Summer Movie Nights in the Park and local San Diego music festivals. 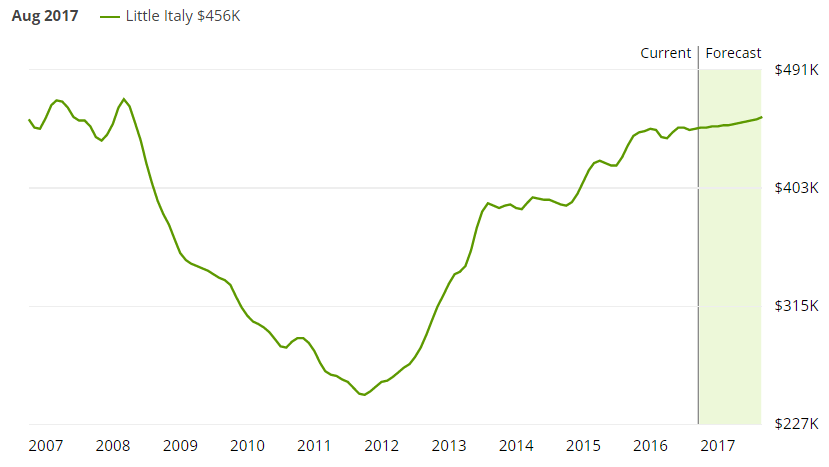 Population: Roughly 2,878 as of the last available census. Population density in Little Italy is 74% higher than the rest of San Diego. 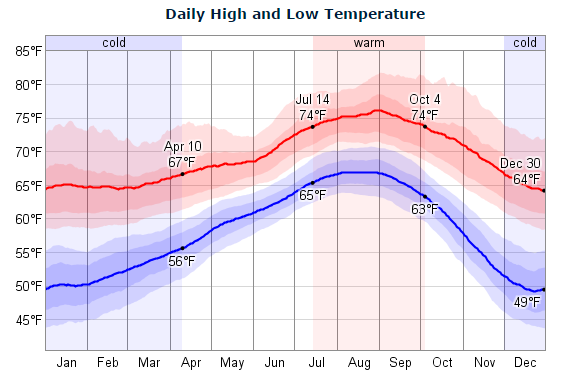 Crime: The overall crime rate in Little Italy is 46% lower than the national average, and safer than 68%of the cities in California. Furthermore, the number of crimes in the San Diego area decreased by 15% from the previous year.