Newport Beach is located in central Orange County along a breathtaking stretch of Pacific coastline. The city is home to unbelievable houses and, similar to La Jolla, has recently placed among the top 10 in the country in terms of median family income and property value. Premium home prices will deter a majority of home buyers, but those who can afford to live in the beautiful city are treated to year-round beautiful weather and some of the finest beaches in the state. Tourism plays a huge role in Newport Beach, with outsiders flocking to the unique shops, delicious restaurants, thrilling water-sports, superior beaches, and everything else there is to see in this amazing city.

Places to see in Newport Beach

Balboa Pier – The historic, 110 year-old pier sits on Newport Beach’s Balboa Peninsula. The pier was constructed to attract home buyers to the area in 1906 and is now home to great fishing and outstanding views, along with the original Ruby’s Diner.

Newport Center “Fashion Island” – Newport Center is a popular spot for many locals and tourists alike to spend the day. The main attractions include the beautiful golf course at the Newport Beach Country Club as well as the upscale shops and restaurants of the centrally located Fashion Island.

The Wedge – Located near the pier on the eastern edge of the Balboa Peninsula, The Wedge is one of the premier surf spots in California. The unique waves at The Wedge can reach up to 30 feet in the right conditions.

Newport Harbor – Newport Harbor is the largest recreational harbor on the West Coast. Visitors can spend a day at the harbor fishing, boating, kayaking, paddle-boarding, jet-skiing, or practically any other water-sport you can think of.

Newport Beach Real Estate Market: Newport Beach is home to one of the highest median home values in the country at $1,693,900 while price per square foot is approximately $864. This is more than double the average price per square foot of $389 for the rest of the Long Angeles-Long Beach-Anaheim Metro area. The current housing market in Newport Beach is cold with a significant rise in home prices over the past year. Since 2015, home values have risen 10.8%. Movement is expected to plateau in the next year with a forecasted rise of just 1.1% before October of 2017. 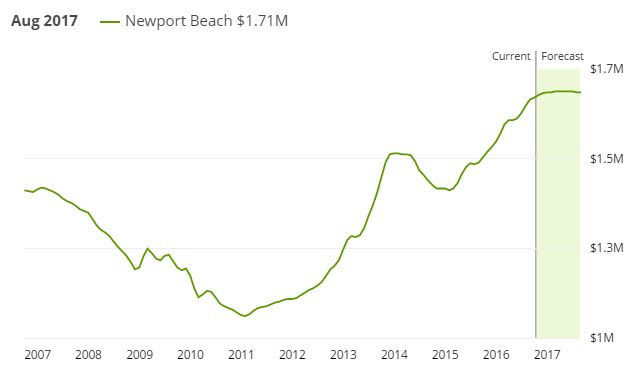 Climate: Newport Beach is located on the coast in central Orange County and typically has a semi-arid climate with very little change in temperature throughout the year. The coastal location causes warmer winter temperatures and cooler summer temperatures than inland cities. 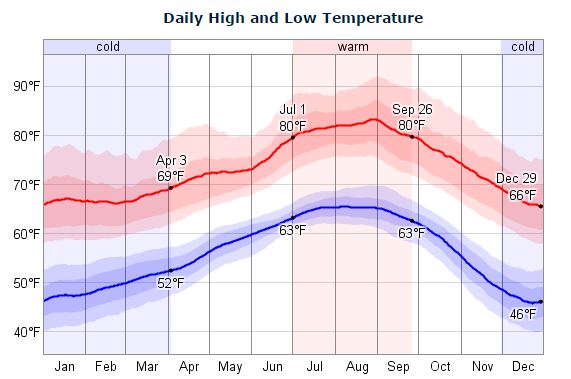 Crime: The overall crime rate in Newport Beach is 66% lower than the national average, and safer than approximately 70% of the cities in California. Safety has become a matter of discussion in the Newport Beach area as the number of crimes has increased by 15% from the previous year.