Believed to be the site of the European-landing in present-day California, Point Loma is one of San Diego’s oldest neighborhoods. This beautiful city sits on a peninsula stretching south from Ocean Beach, and contains two major military bases, a university, and, in addition, a national monument. With premier beach access and a convenient location less than 10 miles from downtown, Point Loma is an affordable gem and one of the finest communities in San Diego County.

Places to see in Point Loma

Sunset Cliffs: This small neighborhood is considered by many to be the best place to watch the Sunset in San Diego, lending itself to the name ‘Sunset Cliffs’. The small stretch of sand just south of the Ocean Beach area is an extremely popular spot to surf, swim, hike, and take in the beautiful views from the Natural Park or Luscomb’s Point.

Liberty Station: Liberty Station is a multi-use development located on the water at the site of the old Naval Training Center. There is no shortage of things to do in the area with the development containing a park, golf course, public market, gym, movie theater, shops, office space, educational district and much more.

Cabrillo National Monument: Sitting on the southernmost tip of the city, Cabrillo National Monument is a great place to spend the day taking in unbeatable views of America’s Finest City. On a clear day, visitors can see as far as Tijuana, with unobstructed sights of the San Diego skyline and Coronado Island. The monument contains the historic Old Point Loma Lighthouse, as well as a statue commemorating the landing of Juan Rodriguez Cabrillo at the San Diego Bay.

Point Loma Real Estate Market: The median home value in Point Loma is $650,500, with a price/sqft of approximately $425. This is slightly higher than the average price per square foot of $405 for the rest of San Diego County. The current housing market in Point Loma is relatively cold. Consequently, home prices have risen only 1.2% since last year and a forecasted rise of 1.3% before September of 2017. 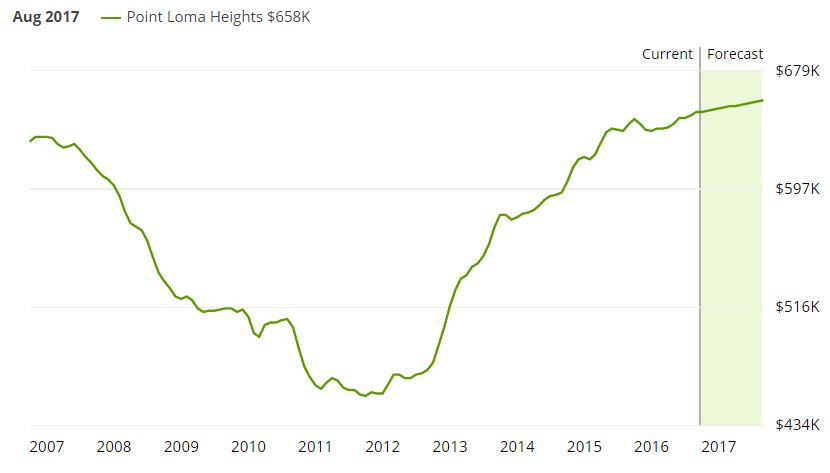 Population: The population of Point Loma alone is 47,981 as of the last available census. Including the surrounding neighborhoods of Ocean Beach, Point Loma Heights, Roseville – Fleet Ridge, La Playa, Sunsets Cliffs, and the Midway Districts, the population is 75,892. The average age of Point Loma citizens is 34.7 years old, with a 51.2% male – 48.8% female split. 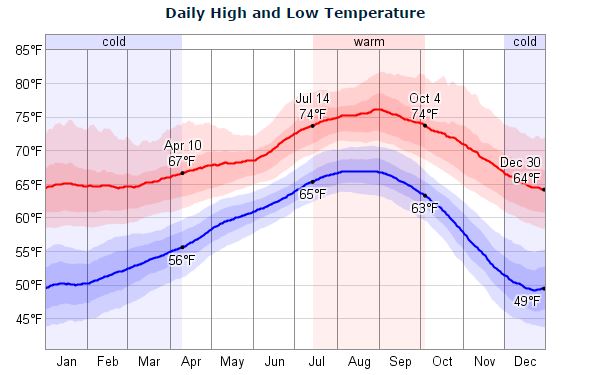 Crime: The overall crime rate in the city is 76% lower than the national average. In addition, it is safer than 69% of the cities in California. The number of crimes in the San Diego area decreased by 15% from the previous year.