Rancho Santa Margarita is one of Orange County’s youngest cities, earning that distinction just 16 years ago in January of 2000. The impressive neighborhood is located in the hills, providing residents with a reasonable amount of privacy to go along with the spectacular views of the county below. Rancho Santa Margarita is home to a number of beautiful parks, sprawling ranches, and, additionally, highly-regarded schools making it an ideal place to call home.

Tijeras Creek Golf Club – This beautiful course is one of the finest in all of Southern California. Noted for its beautiful scenery and tricky elevation changes, this Rancho Santa Margarita gem is a great place to spend a Sunday playing 18-holes.

Rancho Santa Margarita Real Estate Market: The median home value in Rancho Santa Margarita is approximately $603,200 (as of November 2016) while price per square foot is approximately $376. This is marginally lower than the average price per square foot of $389 for the rest of the Long Angeles-Long Beach-Anaheim Metro area. Additionally, the current housing market in Rancho Santa Margarita is warm with high demand and moderately low inventory. Since 2015, home values have risen 3.5%. Movement is expected to plateau with the rest of the county in the next year with a forecasted rise of just 0.5% before November of 2017. 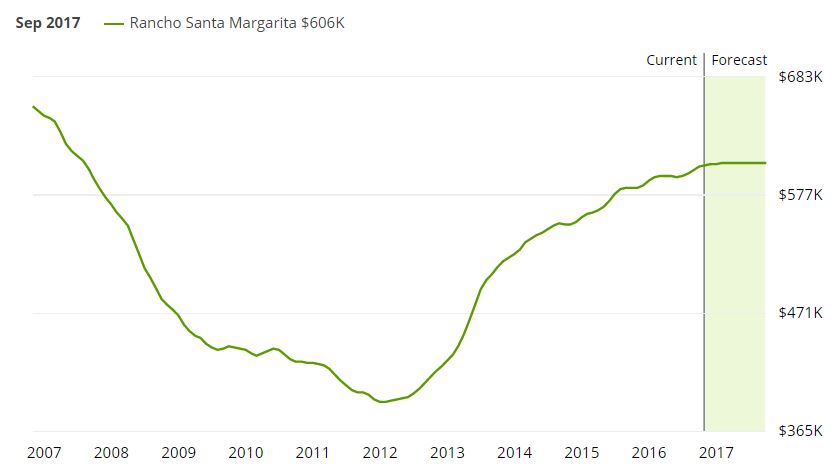 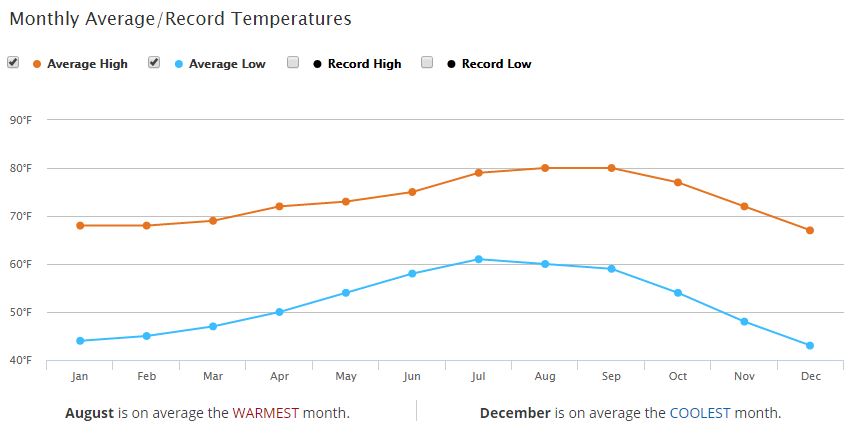 Crime: Rancho Santa Margarita is one of the safest cities in California. The city has an overall crime rate that is 76% lower than the national average. In addition, it is safer than approximately 84% of the cities in United State. However, safety in Orange County has been an issue recently and Rancho Santa Margarita is no exception. Crime in the city has risen 50% in the past year, albeit from slightly under 0.5 crimes/day, to 1/day.