Located just to the east of Encinitas and Carlsbad, San Marcos is yet another of San Diego County’s rapidly-growing neighborhoods. The beautiful town began as a farming community and has experienced a steady population boom since the city’s incorporation in 1963. During a two-decade span from 1990-2010, the city saw an influx of over 55,000 residents! The rising population has forced the community to adapt and expand, adding various shopping centers, a number of highly-regarded schools, and delicious restaurants to compliment the city’s unparalleled parks and hiking trails.

Places to see in San Marcos

Double Peak Park – Enjoy panoramic views of North County and the ocean from the tallest coastal peak in San Diego. The 200-acre park features 5-miles of hiking and biking trails.

Lake San Marcos – Home to the Lakehouse Hotel and Resort, Lake San Marcos offers residents and tourists alike an opportunity to relax, swim, boat, fish, and much more in a quiet waterfront setting.

San Marcos Real Estate Market: The median home value in San Marcos is $520,600, with a price per square foot of approximately $290. This is lower than the average price per square foot of $333 for the rest of the San Diego Metro area. The current housing market in the city is very hot with home prices rising an impressive 5.3% since last year. Action in the market is expected to cool down in the next year with a forecasted rise of just 1.8% before October of 2017.

San Marcos Rental Market: The average rent in the city of $2,375 is almost equal to the average rent of $2,380 for the rest of the San Diego Metro area. 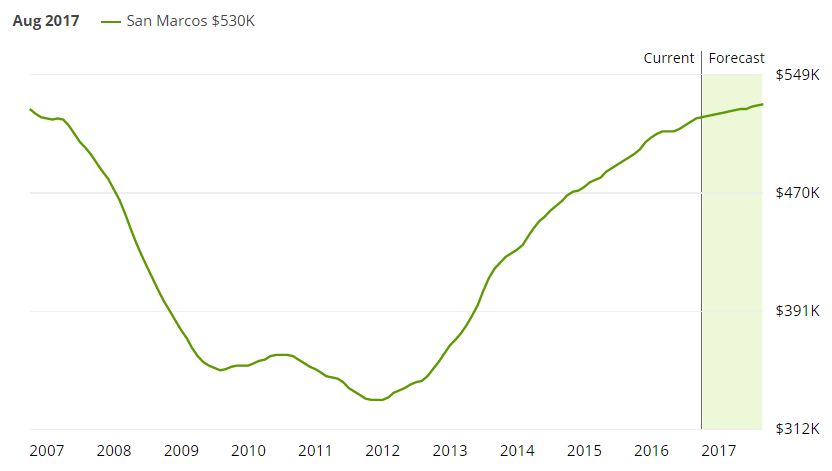 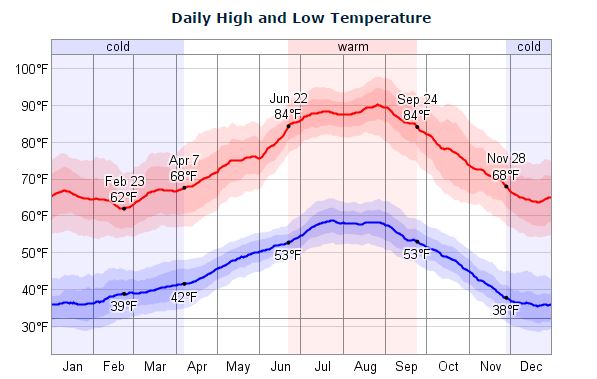 Crime: The overall crime rate in the city is 45% lower than the national average, and safer than approximately 50% of the cities in California. In addition, the number of crimes in the San Diego area decreased by 15% from the previous year.